FREE SHIPPING for orders from 80€ and over!

You have no items in your shopping cart.

The properties and benefits of snail secretion for health and beauty have been documented since the time of Hippocrates. Very recently however, after years of research and studies, it has been shown that snail secretion is particularly rich in proteins and peptides and that it possesses regenerative and moisturizing actions that rejuvenate and revitalize the epidermis.

Is a powerful anti-aging agent, because it is an excellent antioxidant. It prevents or even isolates the free radicals that oxidize and cause aging of the skin when the body’s antioxidant defense mechanism is weakened by stress, environmental and nutritional toxins, and of course, by age.

OLIVIE new line of cosmetics with 100% organic olive oil and snail secretion has innovated in one more area: it also ensures the protection of the skin from harmful electromagnetic radiation emitted by electronic devices such as mobile phones, computers, televisions, etc. This prevents premature aging of the skin thanks to the Blue Light protection filter contained in all (except hand cream) the products of the new Olivie line with snail secretion.

The exclusive innovation of the Olivie Snail series lies in the unique combination of snail secretion with glycogen of marine origin that protects against "invisible" electronic pollution. Our skin is daily exposed to electromagnetic radiation and blue light emitted mainly by cell phones and computers, resulting in epidermal cells being subjected to a form of oxidative stress that gradually leads to chronic inflammation. Marine glycogen has the ability of stimulating the production of natural glycogen by epidermal cells, thereby neutralizing the oxidative action of free radicals due to electromagnetic radiation. 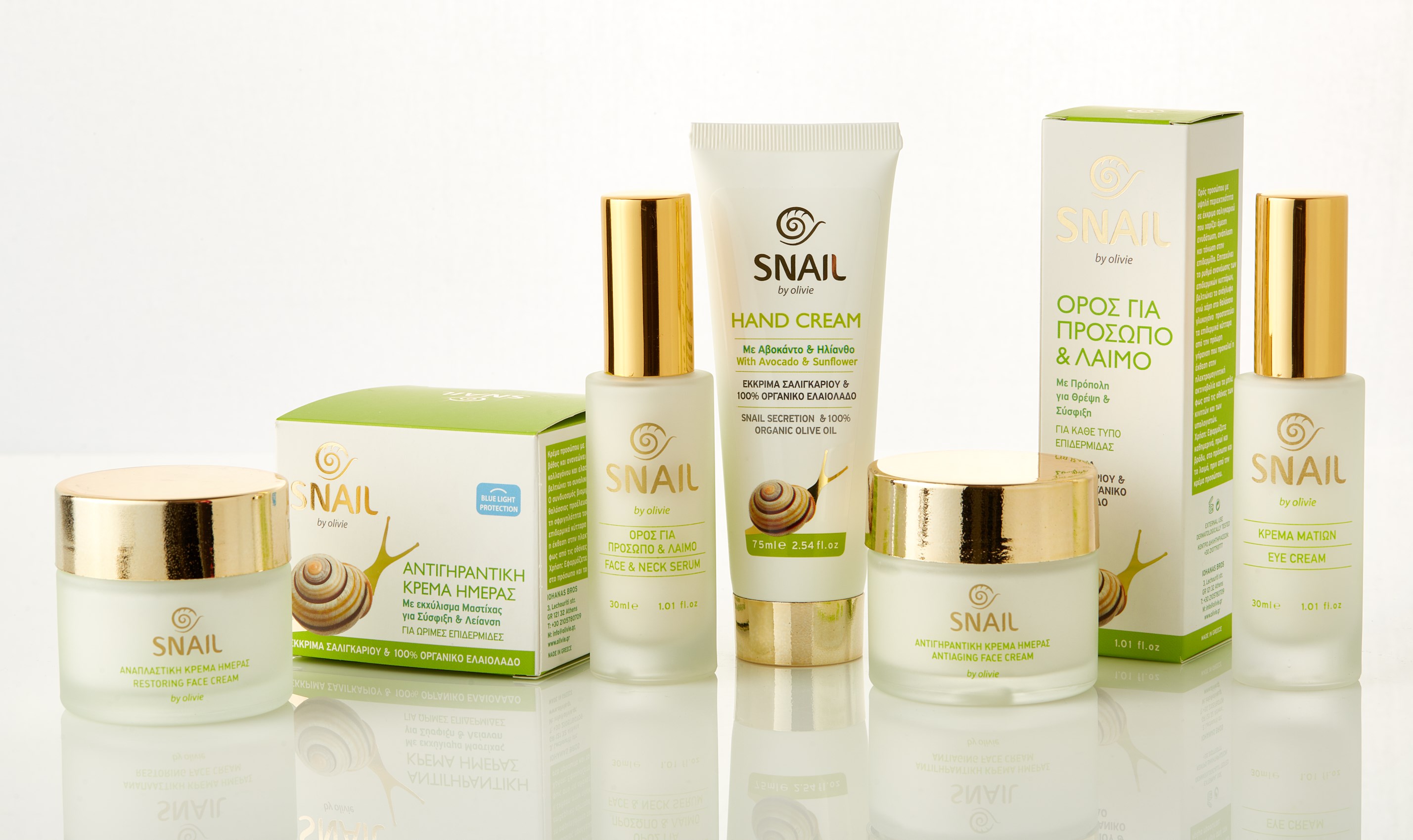 You have no items to compare.

The OLIVIE natural beauty cosmetics line opens up a new world of beauty, based on greek organic olive oil, that combines natural, organic ingredients with Mediterranean plant extracts and specific action formulas.
In our own way, that of OLIVIE, we create natural care and beauty for complete moisturizing, revitalization, anti-aging and protection, using the wisdom of nature and the scientific knowledge.
olivie, The beauty is born in nature!

Sign up to our email newsletter to be the first to hear about great offers and more!!!